Physiotherapy helps grandmother get back on her feet after fall

When Thornlie resident Wilma broke her hip after suffering a fall at home last November, she thought she would never walk again.

When Thornlie resident Wilma broke her hip after suffering a fall at home last November, she thought she would never walk again.

The 94-year-old endured a two-month stint in hospital following her ordeal, undergoing an operation and then rehabilitation, before moving in with family members to help her with day-to-day tasks.

“When I first met Wilma, she couldn’t walk without a frame,” Mr Tan said.

“We worked together twice weekly, and in those sessions, focused on building up strength and balance.

“We also worked on the psychosocial areas such as confidence, which she had lost.”

Therapy Assistants are part of Silverchain’s Physiotherapy service, which the grandmother also had visit her once a week to reinforce the rehabilitation program Mr Tan had set.

“Wilma was really motivated to move back home and regain her independence,” Mr Tan said.

“This was evident from her determination when we were doing the exercises.

“Her outcome measures have significantly improved – she can walk without an aide for a short distance and is able to walk up and down the steps in her back garden.”

In the lead up to World Physiotherapy Day, on 8 September, Silverchain Manager of Allied Health, Kathryn Devereux, said physiotherapy can help you at any age to maximise strength and mobility.”

“You are never too old to train and regain function and mobility,” Ms Devereux said.

“Our physiotherapy service has helped many Western Australians regain their independence and live their lives to the fullest.”

The Silverchain Perth metropolitan team consists of 30 physiotherapists and 43 therapy assistants. It reaches from Peel to Yanchep and across to the Perth Hills and has received close to 4000 client referrals in the past financial year.

Wilma has now been discharged from Silverchain’s physiotherapy service. She is back living in her home and goes out twice a week to her local Silverchain social centre.

“I cannot fault Silverchain’s service. They have not only helped me to get back on my feet, but also given me confidence to live alone again,” Wilma said. 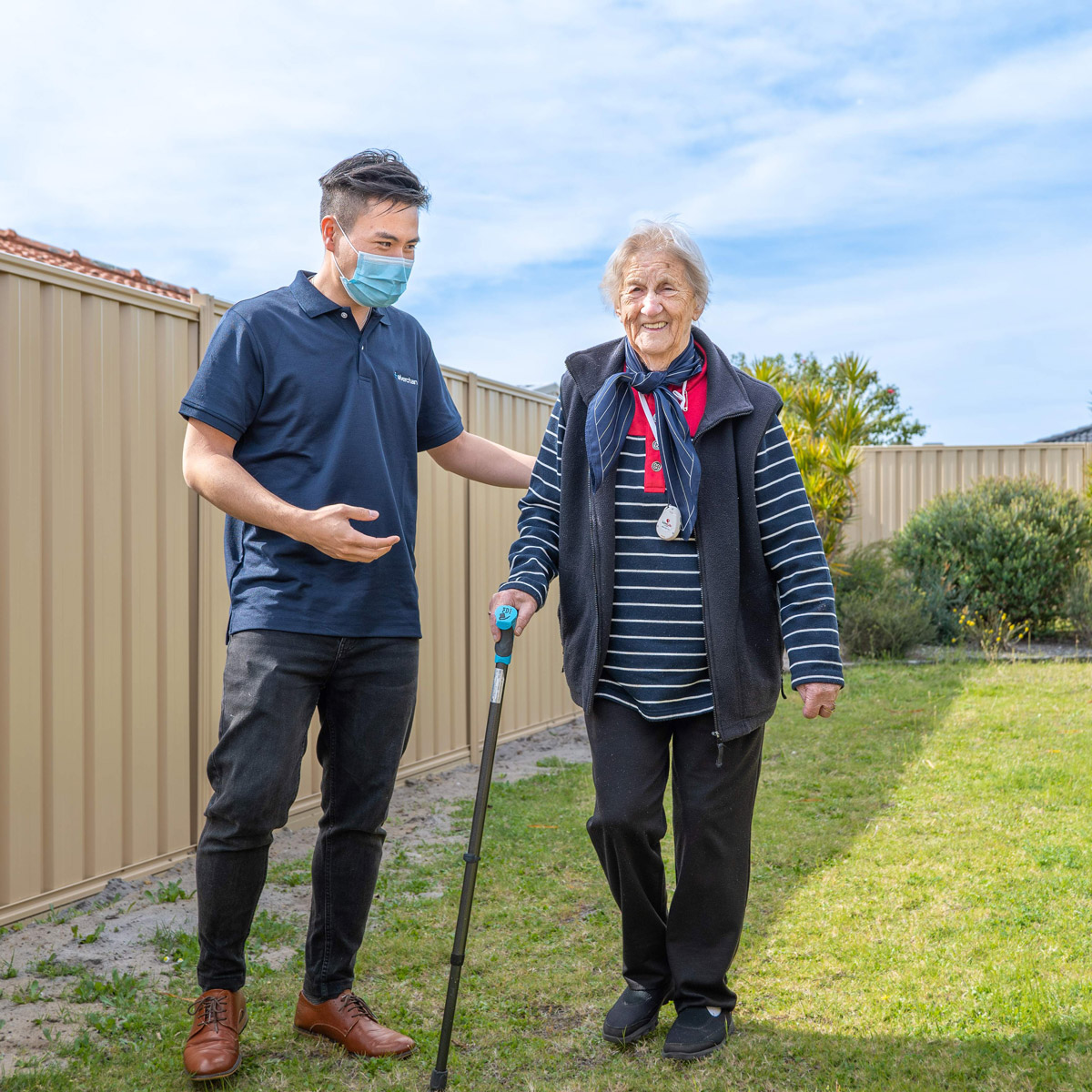